As we look forward to what 2017 may bring, we thought that it might be instructive to review our readers’ interests in 2016.  Thanks to those more tech savvy than yours truly, I was able to determine that the Blogging Circle was read in 10 countries around the globe over the past year.  Readers from the USA, Canada, Mexico, Chile, Brazil, India and Australia—all countries with active indigenous populations—were somewhat predictable, but gaining readership in in the UK, Italy and Ireland was a bit more surprising.  It tells us that there is a diverse audience out there that is looking to learn more about Native American legal issues that may be applicable to their local situation, wherever that is.

What were people looking for?  The top 10 Blogging Circle articles reviewed in 2016 were:

1. No Dice for California Indian Casinos?

8. Where are they now? 9 and Counting…The Procopio Native American Internship Alumni

We appreciate your interest and hope that you enjoyed reading the Blogging Circle this year, and we look forward to surprising you with additional relevant, entertaining and newsworthy articles next year.  Wishing you a happy, safe and prosperous New Year. 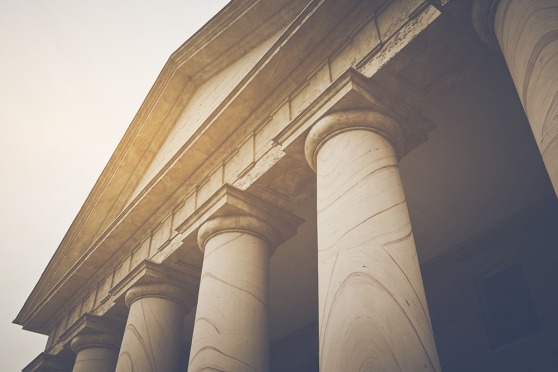 If you thought Tribal lands were insulated from the extreme partisanship that permeates our political landscape, think again. On July 14, 2016, the Republican led U.S. House of Representatives Appropriations Committee approved a draft of the fiscal year 2017 Labor, Health and Human Services funding bill.  Among other things, the bill aims to effectively remove the National Labor Relations Board’s (NLRB) presence on Tribal Lands.

The NLRB is the administrative agency that oversees unionization and pursues cases of unfair labor practices against employers.  It is tasked with enforcing the National Labor Relations Act (NLRA), a 1935 federal statute meant to protect workers’ rights to collectively bargain. The NLRB is caught in the middle of a political and ideological battle between Democrats and Republicans.  Part of this battle is being waged on Tribal lands, where the NLRB has consistently sought to enforce the NLRA against Indian entities.  Since 2004, the NLRB has repeatedly asserted its jurisdiction over Indian owned and operated businesses on Tribal lands on the basis that the NLRA is a statute of “general applicability.”  In most cases, the NLRB has been successful. Although the proposed bill does not alter that particular conclusion, it nonetheless provides Indian Tribes with relief by taking the wind out of the sails of the NLRA’s enforcement.

Section 409 of the proposed Appropriations Committee bill states, “None of the funds made available by this Act may be used to enforce the National Labor Relations Act against any Indian tribe, including any enterprise or institution owned and operated by an Indian tribe and located on its Indian lands.” According to the Appropriations Committee’s press release, the provisions relating to the NLRB were meant to “stop the NLRB’s harmful anti-business regulations that impose additional and excessive costs on American businesses, result in job losses, and hinder economic growth.”  (A link to the text of the bill may be found in the press release).  Put simply, the NLRB provisions are a part of the GOP’s effort to limit the influence of an executive agency that it believes has overstepped its bounds.

Support a prohibition of funding for the enforcement of the National Labor Relations Act against any Indian tribe…These provisions would prevent an unnecessary and unproductive overreach by the NLRB into the sovereign jurisdiction of tribal governments and would ensure that tribal governmental statutes concerning labor relations are respected.

Although the Appropriations Committee approved the proposed bill, it will likely be amended numerous times before a vote takes place, and there is little doubt that Democrats will meet the NLRB provisions with hostility.  Labor and employment practioners, counsel for Native American Tribes, and Native American business owners and governmental leaders should continue to diligently follow the trajectory of this bill, as its outcome stands to have a profound effect on labor relations on Tribal lands.

Jordan Turner is entering his third and final year at the University of San Diego School of Law.  He is the former Co-President and current Co-Chair of Community Service for the Black Law Student Association.  Jordan is a Law Clerk for the Labor and Employment Team at Procopio, Cory, Hargreaves & Savitch LLP.

Ted is head of the Native American Law practice group and primary editor for the Blogging Circle.  Connect with Ted at ted.griswold@procopio.com and 619.515.3277.