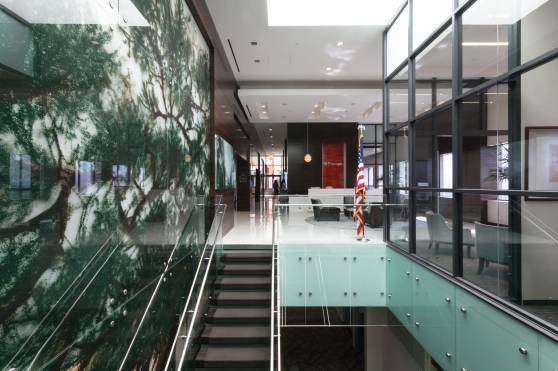 Each year, I have the pleasure to work closely with the bright, motivated interns that spend their summers with our Native American practice group. Better yet, I get to watch the success of our previous interns that have joined and strengthened the Native American Bar nationwide. As we are preparing to review a new set of Procopio Native American Internship applications for the summer of 2019, we thought that it would be a good time to share with you and applaud the accomplishments of our past interns. Congratulations to all. We look forward to continue working with you as colleagues in your professional careers! For students interested in joining this great network of tomorrow’s Native American legal leaders, applications are open through October 31, 2018.

Eric Abeita (2014), from Isleta Pueblo, is a member of the New Mexico Bar and holds the position of General Counsel for the Pueblo of Pojoaque in Santa Fe New Mexico. Eric is a 2015 graduate of University of New Mexico College of Law School, where he was the Managing Editor for the Tribal Law Journal and gathered valuable legal clinic experience with the Southwest Indian Law Clinic. Eric was also co-founder and co-owner of D.R. Cooperage and Grain, a small business in Isleta Pueblo, New Mexico.

Nichole (Nikke) Alex (2015) is a member of the Navajo Nation and graduated from the University of New Mexico College of Law. Nikke works with the Changing Woman Initiative assisting with strategic planning and enjoying every minute with her baby son. In her last year of law school, Nikke was a judicial extern with the Pueblo of Isleta Tribal Court where she assisted with developing a Juvenile Detention Alternative Program and a Peacemaking Program to promote a non-adversarial forum for resolving disputes where Pueblo tradition and culture are utilized to promote healing. In May 2016, she was able to meet with U.S. Supreme Court Justice Sotomayor on behalf of the Tribal Court, as part of Justice Sotomayor’s outreach to learn more about the difficult issues faced by Indian Country. Additionally, during her law school career, Nikke investigated the linkage between mineral extraction and violence against Native women and has worked with Tribes to implement safeguards to protect Native women and children.

Fernando Anzaldua (2012) is a citizen of the Tohono O’odham Nation. Fernando is a field attorney for the National Labor Relations Board, where he has experienced significant success in federal court, administrative hearings, and bankruptcy court. He has successfully first-chaired a number of trials on behalf of individual employees, unions, and employers. He is a 2013 graduate of the Sandra Day O’Connor College of Law at Arizona State University where he also earned an Indian Legal Certificate. He also gives back to his community by serving on the Executive Board for Los Abogados Hispanic Bar Association, after previously serving on the Board of Whisper n Thunder, Inc., a nonprofit dedicated to empowering Native Americans through education, awareness and opportunity.

Kele Bigknife (2016) is a citizen of the Cherokee Nation, and a graduate of the University of Michigan Law School currently awaiting California Bar results. He is currently Regulatory Affairs and Corporate Counsel at eco/ATM Gazelle in San Diego. Mr. Bigknife was a member of the Editorial Board for the Michigan Business and Entrepreneurial Law Review and was a student attorney for the Michigan Veterans Legal Clinic, representing veterans and their immediate families in civil legal matters. He previously worked at a Southern California law firm where he gained litigation experience and assisted in drafting depublication requests to the California Supreme Court in issues regarding tribal sovereignty.

Summer Carmack (2018) is entering her third year at the University of Montana Law School. She is the managing editor of the Public Land and Resources Law Review and President of the Student Bar Association at the law school. She recently organized the speaker panel for the Native American Law Student Association’s Indian Law Week and continues her work through her last year at the Marjorie Hunter Brown Indian Law Clinic developing natural resources management policy templates for individual Tribes. Summer continues to provide input for Procopio’s blog “The Blogging Circle.”

Stephanie Conduff (2013) is a citizen of the Cherokee Nation and is admitted to practice before the U.S. District Court, Oklahoma, District Court of The Chickasaw Nation, The Supreme Court of Cherokee Nation, Muscogee (Creek) Nation, Osage Nation and Chickasaw Nation. She lives and works in her community in Oklahoma as an attorney, business owner of Leche Lounge and training Native entrepreneurs on best practices for profitability through sustainable development. She launched Leche Lounge, a manufacturing company for portable lactation suites – or Mother’s Rooms – for use in airports, the workplace, stadiums and military bases worldwide. Leche Lounge has been featured in Forbes, Good Morning America, Indian Country Today and Native Business Magazine. Stephanie is currently working with Project Entrepreneur in New York City, a project sponsored by Rent the Runway and UBS. She graduated from the University of Oklahoma College of Law. Stephanie served as a judicial clerk for the late Honorable Chief Justice Barbara Smith of the Chickasaw Nation Supreme Court and is certified to assist Tribal courts as a Peacemaker. Stephanie was with Procopio for three years first as a summer intern, then as a law clerk and worked full-time for the firm as an Associate until 2016.

Trinidad Contreras (2011) is a citizen of the Iipay Nation of Santa Ysabel and is a descendant of the Pala Band of Mission Indians. He is a member of the Alaska Bar and currently Assistant Municipal Attorney for the City and Borough of Juneau. His practice is primarily in civil law but occasionally works on criminal matters. He is the 2017-2018 President for the Juneau Bar Association. He is married to Madeline Soboleff Levy, general counsel for the Central Council of Tlingit and Haida Tribes of Alaska. Together, they are the proud parents of Sofia, age 7, and Guillermo “Memo,” age 1.

Aaron Fournier (2018) is a citizen of the Chickasaw Nation and in his final year at the University of Oklahoma College of Law. He is currently serving as the Treasurer for both the University of Oklahoma College of Law’s Aviation Law Society and Native American Law Student Association. He is also a Teaching Assistant for the College of Law’s Master of Legal Studies in Indigenous Peoples Law program. Mr. Fournier also works for the Chickasaw Nation, at the South Central Climate Adaptation Science Center, where he is a Bureau of Indian Affairs Intern. The Chickasaw Nation is one of two Indigenous Nations who are consortium members of the Center. He is also involved with the Oklahoma Tribal Finance Consortium, which is a non-profit organization designed to help Oklahoma tribal leaders and treasurers build opportunities to cost-share and engage in other mutually beneficial arrangements for Tribes.

Kelsey Leonard (2015) is a citizen of the Shinnecock Indian Nation and received her law degree at Dusquene University Law School. She is the prestigious Philomathia Trillium Scholar by McMaster University (Hamilton, Ontario), where she will receive her PhD in Comparative Public Policy, focusing her work on indigenous water governance. Kelsey sits on the McMaster University Research Ethics Board, Indigenous Research Institute Committee, Authentic Indigenous Research Partnership Committee—First Nations Water Initiative and the Indigenous Sustainability Degree Program Working Group, Six Nations Polytechnic. She teaches Indigenous Water Justice and has 8 publications, 15 conference presentations, and 14 invited speaking engagements in recent years. Kelsey currently sits on the Great Lakes Water Quality Board, an international joint commission, and was previously the Tribal Co-Lead on the Mid-Atlantic Regional Planning Body for the National Ocean Council charged with guiding the protection, maintenance, and restoration of America’s oceans and coasts. She is also coauthor of a recent collaboration on Indigenous Water Justice.

Christopher Scott (2014) is a citizen of the Cherokee Nation and received his law degree from the University of Oklahoma College of Law (2015), where he was the Note and Comment Editor for the American Indian Law Review. A member of the Texas Bar, Christopher is currently working as Counsel for Governmental Affairs at Insperity in Houston Texas. Previously, Christopher was an associate with Ernst & Young in Dallas, Texas, working in labor/employment law in their People Advisory Services Department.

Jaclyn Simi (2012) is a member of the Seminole Nation of Oklahoma. She graduated with honors from Notre Dame de Namur University and received her law degree from California Western Law School (2012), where she was President of the Native American Law Students Association. Ms. Simi is currently an associate with the San Diego office of Ogletree Deakins, practicing employment litigation and counseling with an emphasis on sports law. Ms. Simi has been named a San Diego Super Lawyers Rising Star for 2016 and 2017 and to San Diego Business Journal’s Best of the Bar list (2106). She is an active member of the Lawyers Club of San Diego. Ms. Simi is also enjoying the experience of being a new mom!

Karli Sultzbaugh (2017) is a member of the Pechanga Band of Luiseno Mission Indians, a graduate of UCLA School of Law. Ms. Sultzbaugh, a Native San Diegan, has strong interest in Tribal environmental issues working with the Tribal Legal Development Clinic at UCLA. She was the President of the Native American Law Students Association at UCLA and one of the staff editors for the Indigenous Peoples Journal of Law, Culture and Resistance. Ms. Sultzbaugh also is a previous litigation intern at Compassion Over Killing which enhanced her strong writing and research skills, and worked as an undergraduate intern at the U.S. Attorneys’ Office in San Diego. She is currently working as a law clerk at Procopio as she awaits her bar exam results.

Heather Torres (2016) is a citizen of the Pueblo of San Ildefonso and Navajo Nation descendant. She is a recent graduate of UCLA School of Law and is a member of the California Bar. Heather is the Director of the Native American program at the University of Redlands. She was a UC President’s Public Service Law Fellow at the Tribal Law and Policy Institute in West Hollywood, CA. During law school, Ms. Torres externed with the Children’s Law Center, Los Angeles in the Indian Child Welfare Court. She was also Executive Editor of the Indigenous Peoples’ Journal of Law, Culture & Resistance and Senior Editor for the Chicano/Latino Law Review. Ms. Torres has a Masters in Collaborative Educational Leadership. She served as the President and Alumni Chair for NALSA at UCLA, volunteered with El Centro Legal: Education Rights Clinic, and taught law-related topics to local high school students in her spring semester.

Ted Griswold is head of Procopio’s Native American Law Practice Group and primary editor for the Blogging Circle. Connect with Ted at ted.griswold@procopio.com and 619.515.3277.

One thought on “THE FUTURE OF THE NATIVE AMERICAN BAR IS LOOKING (PROCOPIO!) STRONG”